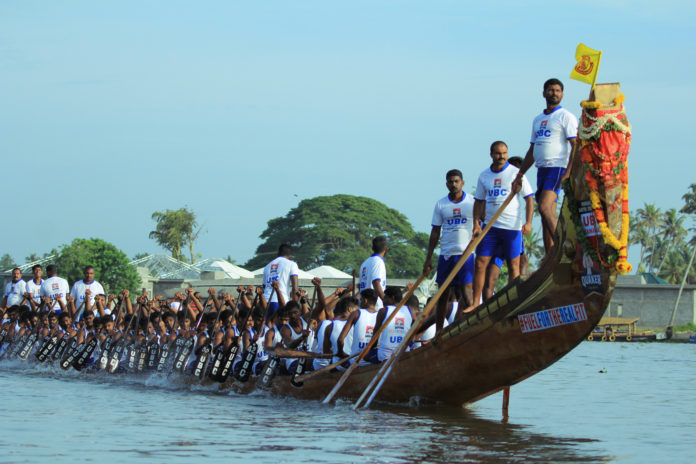 Nine CBL snake-boats raced ahead with rhythmic rows of oarsmen cheered by an enthusiastic crowd along the banks of the sprawling Punnamada lake in this coastal city, splashing blue waters in a spirited competition.  Organised by Kerala Tourism, the CBL features 12 rounds of races slated across Saturdays till November 23.

The CM hailed the pioneering boat league as an event that reinforces the spirit of unity among people. “True, you compete each other with your boats. But at the end of the day, it is all about harmonious relationship between us human beings,” he noted.

Tendulkar, sporting an ash shirt and blue trousers, said the CBL marks the turn of a new leaf in the history of Kerala’s boat-races. “I have led teams where the players’ number totals 16, while it is around 100 in a boat race! That requires tremendous understanding between the members and skills of coordination from the part of the captain,” added the 46-year-old winner of the Bharat Ratna, the nation’s top-most civilian honour.

Hailing the gender equality seen in the boat-races, Tendulkar said, “I see a lot of women rowing the boats here. It’s very encouraging. Women are not just to manage kitchen. A healthy woman at home means a healthy family. That happens only when you venture out of your home and bond well with the public at large.”

The CBL’s inauguration was marked by water adventure sports that included jet ski flyboard and paragliding. Earlier, Tendulkar took a round of the starting point on a boat that had over a dozen Kathakali artistes dancing in colourful costume.

Ten select TV channels beamed the heats live for an hour from 4 pm.

Kerala Tourism Minister Kadakampally Surendran hailed the CBL as an eminent product that will help the state brighten its four months of off-season from June marked by monsoon rains. “Tourism provides Kerala with 10 per cent of its GDP. We plan to raise the sector’s contribution to 13 per cent in a couple of years,” he added.

Kerala Finance Minister T M Isaac Thomas noted that three years have gone into the conception of the CBL for the boat league to eventually roll out. “Today, if you see a new wave of professionalism and spirit in the races, it is courtesy the CBL,” he said. “The government is sure this championship will earn international attention.”

Kerala Tourism Secretary Rani George said the CBL is hopeful of conducting auctions that will earn the event new owners who can run the teams more effectively. “Already, CBL is a government-owned company,” she pointed out.

Kerala Tourism Director P Bala Kiran said the CBL has begun getting new sponsors. “We are optimistic of finding more number of them once the boat league is on track,” he added.

Kansai Nerolac Paints, a key sponsor of CBL, said the company found it great to see the traditional sport of boat race gain “a fresh colourful look with international standards”. “Our long-standing association and commitment with Kerala, strengthened over the years with our wide presence across the state, marks this important association,” said Peeyush Bachlaus, AVP (Marketing) of Nerolac.

The top CBL winner of every leg is entitled to Rs 5 lakh, followed by Rs 3 lakh and Rs 1 lakh. While all participants are entitled to a bonus prize of Rs 4 lakh per match, the three-month boat league has prize monies totalling Rs 5.9 crore that ranks CBL India’s fourth-highest paid in all sports.

Today’s start of the ticketed CBL overlapped with the 67th edition of Kerala’s most illustrious boat race named after the country’s first Prime Minister Pt Jawaharlal Nehru. An annual feature here since 1954, the event was christened Nehru Trophy in 1969, five years after his death.

The CBL was originally slated to begin on August 10, but got rescheduled owing to heavy rains that wreaked havoc across the state.

The next round on September 7 will be held at Thazhathangadi, near Kottayam, 25 km from Alappuzha.

Billed as a game-changing initiative, the CBL (www.championsboatleague.in) seeks to professionalise Kerala’s largely scattered snake-boat races, while commercialising them without losing the conventional spirit.

Tickets can be booked online through ‘Book my Show’ platform. Among the outlets that facilitate spot purchase of tickets are the District Tourism Office in Kumarakom North and District Tourism Promotion Council at Kodimatha (both around Kottayam, operational till September 7). 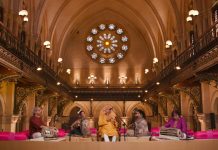 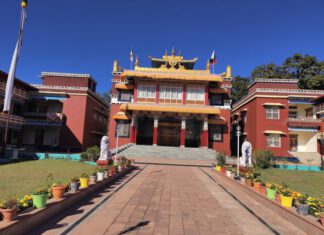