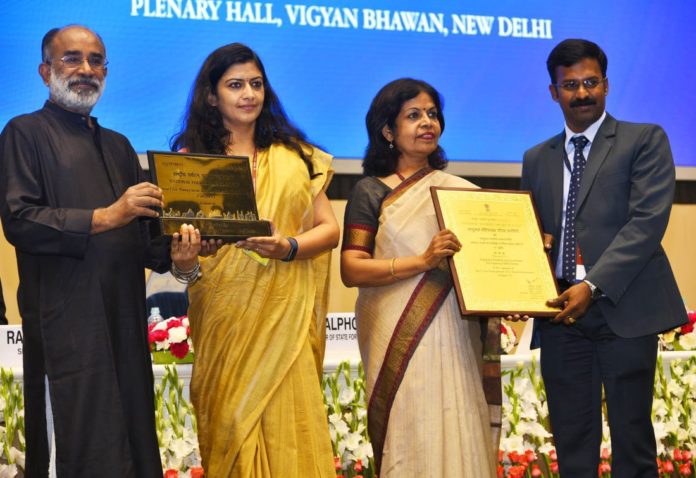 September 27, New Delhi: Gujarat reasserted its momentous wins at the National Tourism Award this year too by winning as many as three major awards: Best Civic Management (Saputara), Best Heritage City (jointly won with Mandhu, MP) and Best Airport (Ahmedabad) for the year 2016-17. Last year Gujarat Tourism had been honoured with most comprehensive the Hall of Fame award.

Tourism Corporation of Gujarat Ltd (TCGL) has righteously deserved the honour awarded for the “Best Civic Management” for Saputara, the state’s most popular hill station. Saputara is widely regarded for its scenic as well civil planning to provide most modern public amenities and utility services at the hill station. Gujarat Tourism’s effort to promote and to preserve the tourist opportunity for Saputara has remained inspirational for many as a practice to follow. Recently, TCGL has undertaken few initiatives like appointment of IEC supervisor to sensitize local communities, best waste management systems, systems for recycling and re-use of papers has also been setup besides awareness programs on “Beat the plastic” in Swatchhta Pakhwada etc. Saputara is a heaven for tourists who have an eye for beauty. It snuggles in the majestic Sahyadris and is filled with lush green forests and enchanting waterfalls. TCGL has taken special efforts to develop Saputara and hold special festivals and celebrations for visitors. Like in Saputara, Gujarat Tourism has also been undertaking several innovative initiatives in different places to put the state on the national and global tourist map. Every year, the tourism department organizes a variety of fairs and festivals that showcase the beautiful mosaic of the state’s culture, traditions, practices, cuisines, dressing styles, art and craft etc.

Meanwhile, Gujarat also basked in the glory of its other two honours, both won for the classic city of Ahmedabad.

The Best Heritage city honour for Ahmedabad is another feather in its cap after it was declared India’s first World Heritage City by UNESCO last year. The more than 600-year old walled city is known for architecture marvels and has been the epicentre of the non-violent freedom struggle that led India to independence in 1947. It has some of the finest examples of Indo-Islamic architecture and Hindu Muslim art.

Ahmedabad airport that won the Best Airport award is a sterling airport that is known to make the journey of passengers extremely comfortable. It has won international honours and boasts of state-of-the-art facilities. The busy airport has over 200 flight movements per day since the city is home to many business houses and educational institutions. Two aero-bridges have been installed and the food courts and other infrastructure is upgraded regularly for passengers’ convenience.

At a National function in New Delhi, Tourism Minister K J Alphons presented National Tourism Awards 2016-17. The awards were given in various segments of the Travel, Tourism and Hospitality Industry. Andhra Pradesh bagged the first prize in state category for comprehensive development of tourism and Rajasthan Tourism has bagged national award for most innovative use of Information Technology-Social Media and Websites. Last year, Gujarat Tourism had been honoured with the Hall of Fame award in the category of Comprehensive development but nomination can be filed again only after three years as per the norms.Speaking on the occasion, K J Alphons said “The Tourism sector has generated 14.62 million jobs in the country in the last four years. Mr Alphons also said, there was a growth of more than 14 per cent in number of Foreign Tourist Arrivals last year.”

Shri Jenu Devan, Managing Director, Tourism Corporation of Gujarat, said, “We are delighted to have won three major national tourism awards. Each award is recognition of all the efforts Gujarat government puts in from time to time to ensure that the state is one of the best tourist destinations. We have undertaken numerous initiatives like providing comfortable and accessible transport, organizing festivals and fairs and ensuring that there is world-class infrastructure for our visitors. This award is a great encouragement to keep up our good work.” 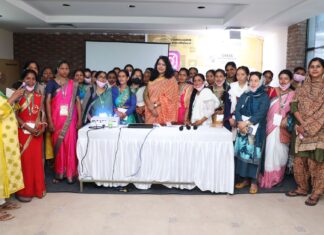